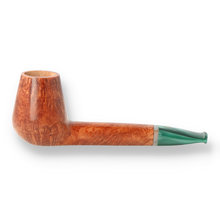 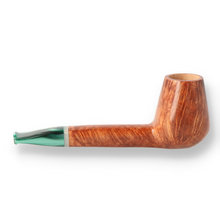 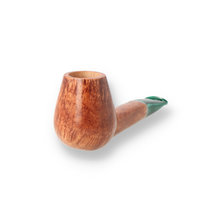 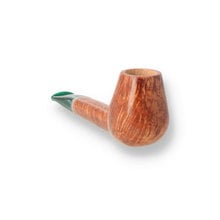 Mastro Grandolfo Handmade in the stunning baroque city of Lecce in Italy. Mastro learned to build smoking pipes from his grandfather. After the Second World War Mastro's grandfather had opened up a Tobacconist and started to build his own pipes and lighters initially using bullet shells left over from the War. At 6 years old Mastro visited his grandfathers' workshop and was left fascinated by the sights and smells of the process. His continued passion for pipe making shows in his creations.

Mastro Grandoflo 0022 These stunning pipes are real head-turners. This Canadian with a Brandy shaped bowl is finished with a pearlescent green Cumberland stem. The flame grain on the aged briar is simply stunning and runs up both sides of the stem as well as the bowl, a testament to Mastro's incredible mastery of his art.

Most Popular in Pipes ...