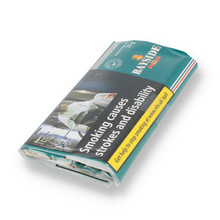 Bayside Green Shag Tobacco The Bayside Green (Menthol) Shag Tobacco is infused with a menthol flavour to compliment the rich depth of tobacco when smoked. Cut a little bit coarser than normal tobacco, it's ideal for pipe smokers. It is produced by Von Eicken in Germany specifically for Bull Brand who are the leaders in budget products for smokers in the UK.

Customers who bought this also bought ...